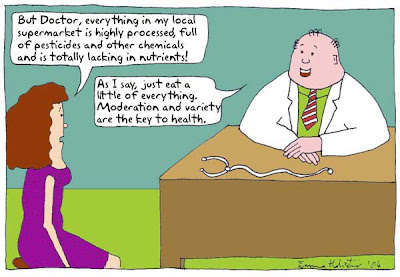 High fructose corn syrup (HFCS) accounts for the largest amount of calories in the average American diet. It can be found in processed foods of almost every kind - soda, bread, breakfast bars, processed dairy, crackers, soup, condiments, and others. The U.S. first began using HFCS heavily in the 1970's as an inexpensive alternative to sugar when sugar prices skyrocketed. It quickly became the most commonly used sweetener and today is found in almost all processed foods. Americans consume about twelve teaspoons of HFCS on average per day.

Recently HFCS has come under scrutiny because of its possible link to health conditions such as diabetes, obesity, metabolic syndrome, increased triglycerides, increased LDL cholesterol, and liver disease. Fructose is hard for the body to metabolize, converts to fat more than other sugars, and contains no enzymes, vitamins, or minerals. In fact, fructose actually uses vital compounds from the body to be metabolized so it is actually robbing the body of its necessary micronutrients.