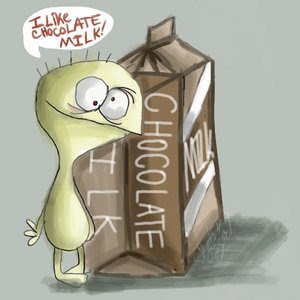 Berkeley Farms is swapping the type of sugar it uses in the nonfat chocolate milk it ships to schools after San Francisco parents complained that the high-fructose corn syrup added to sweeten the milk is unhealthy for their children - a switch that does nothing to improve the nutritional value, experts say.

Sucrose, or regular white sugar, will replace the high-fructose corn syrup. The sugar and calorie content in the milk will remain the same.

Local healthy food advocates called the formula change a victory for consumers, but scientists and Berkeley Farms officials noted that the substitution won't make a difference nutritionally for children in the lunch line.

Read More
Posted by First Grade at 8:27 AM No comments:

Candy manufacturers are moving enmasse to offshore locations due to high sugar prices. Check the label of your sweets to verify this. Just more American jobs lost to the Corn Lobby. Anyhow, this is news of one my childhood favorites. Necco makes much of the Valentine candy we buy this time of year, so I threw this in. 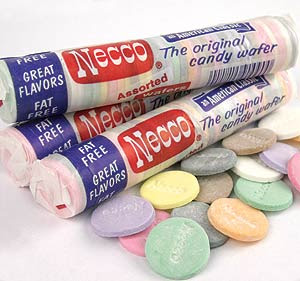 NECCO has gone back to its famous wafer's 163-year-old roots by making the candy naturally flavored. At the same time, it expanded on the original chocolate flavor with a new chocolate variety roll containing Milk Chocolate, Dark Chocolate, White Chocolate and Mocha-flavored discs.

The company replaced the artificial flavors and colors with ones from beets, cabbage and cocoa powder, to name a few. In addition, NECCO removed the high-fructose corn syrup — controversial because of health and political issues, which is why companies are beginning to remove it from their products.

Read More
Posted by First Grade at 11:22 PM No comments: 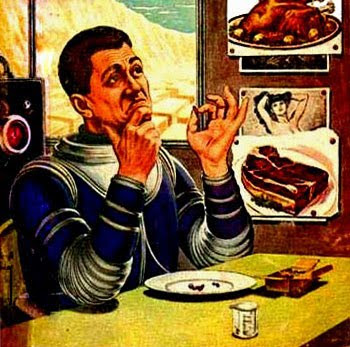 Why is high fructose corn syrup an issue and does this sweetener really have an effect on human lives or the environment? Our bodies are ecosystems, just like a forest or grassland, which must be protected and cared for in order for them to flourish and grow. Americans, as well as the human race, must respect our bodies before they can fully respect the earth from which sustaining food sources come. The connection between plants and human food was once as simple as soil to mouth. Now the food web involves scientists, monoculture, and human-made creations such as high fructose corn syrup.

Read More
Posted by First Grade at 8:36 PM No comments:

Pepsi Throwback and the Sugar Racket

Chicago has been particularly hard hit, with many candy companies moving production abroad.

This weekend while watching a football game with a friend, I saw a commercial for Pepsi “Throwback.” This is a new product containing real sugar instead of high-fructose corn syrup. My friend was incredulous when I explained that soft drinks manufactured for sale domestically generally don’t contain sugar because government protection of the U.S. sugar industry from imports make its use cost-prohibitive.
I am intrigued that Pepsi would market a sugar-based product. In perusing the Internet for news about it, I found countless stories applauding the product but blaming Pepsi and Coke for continuing to use inferior-tasting high-fructose corn syrup. For example, Pepsi Throwback’s Wikipedia page states that soft drink manufacturers switched to high-fructose corn syrup decades ago because of rising sugar prices, but it doesn’t mention that government policy was behind the price increases.

Read More
Posted by First Grade at 8:05 PM No comments: 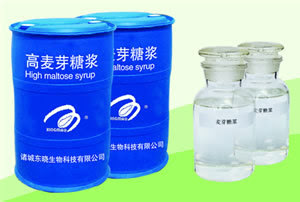 While high fructose corn syrup remains a controversial topic, I've been open here on Vitamin G about my concerns about the ingredient. But, recently, I have been seeing the words "high maltose corn syrup" in many ingredient labels. What is it, and should we be cautious? I have details ...

I've always been a fan of the "everything in moderation" mantra--it's why I can enjoy cupcakes (OK, "enjoy" is an understatement), and, yes, the occasional burger and--while we're being honest--fries. But in general, I am careful with my eating and read ingredient labels word-for-word. Long ago, I vowed to eat more naturally--which means steering clear of chemically altered ingredients (hello high fructose corn syrup!) and artificial sweeteners, preservatives and additives.

I thought I was up on all the ingredients in food, until I started seeing "high maltose corn syrup" sneak into various foods.

What heck is this stuff?

This “all-natural” process for creating high-fructose corn syrup was really a US Patent 3,689,362 by Yoshiyuki Takasaki in 1972. 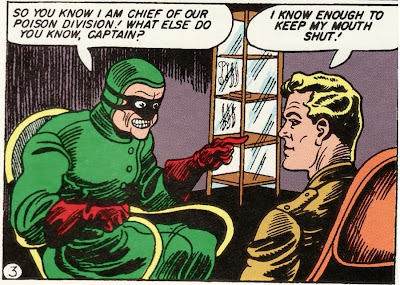 How’s that high fructose corn syrup working out for you, America? Why should you care that almost all Americans consume sugar in almost everything they eat and drink now. Has anyone seen the latest ad on TV by the Corn Refiners Association? Here’s a link to the advertisement. Think about what this advertisement cost the Corn Refiners Association. Also, pay attention to what the advertisement says. Are there any facts? No. Well, there are 3 they want to share with you:

It’s made from corn.
It’s all natural.
It’s safe in moderation.

Yes, it’s made from corn, but no it’s not all natural. Think about the words “all natural”. To me that’s something organic that’s found in nature. If you can find some high fructose corn syrup in nature I’ll kiss your arse. (Sorry for the curse word but it was used for emphasis). High fructose corn syrup or HFCS 90 is made by industrial scientists under laboratory conditions, not by God (if you believe in him) or under the sun.

Read More
Posted by First Grade at 8:11 PM No comments:

How Far Has Greenwashing Gone? The Conflicts of Natural and Organic Food 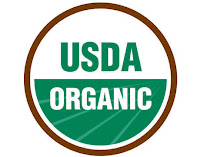 You're on another weekly trip to the local supermarket, shopping around for the freshest, healthiest goods to stock up on for the next couple of days. Well, "fresh" and "healthy" might not be the best words for it, actually. Walking up and down the aisles there are so many different options it's easy to get confused. Pesticides? High Fructose Corn Syrup? MSG? rBHT? How does the average consumer know how to buy what's really healthy for you?

Well never fear, because there's always that little label on certain products that lets you know what's "healthy" to buy. It's just a small circular sticker, divided in half and colored in green on the bottom and white on the top. The words printed on it say a lot, though: USDA ORGANIC.

The Truth About Fructose

Food and beverage manufacturers began switching their sweeteners from sucrose (table sugar) to corn syrup in the 1970s when they discovered that HFCS was not only far cheaper to make, it’s also about 20 times sweeter than table sugar. 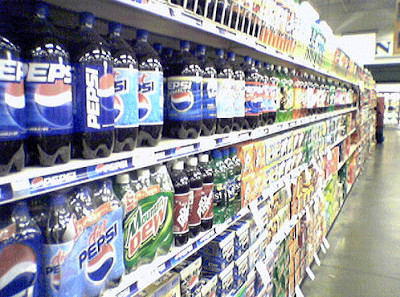 Scientists have proved for the first time that fructose, a cheap form of sugar used in thousands of food products and soft drinks, can damage human metabolism and is fueling the obesity crisis.

Fructose, a sweetener usually derived from corn, can cause dangerous growths of fat cells around vital organs and is able to trigger the early stages of diabetes and heart disease.

Over 10 weeks, 16 volunteers on a controlled diet including high levels of fructose produced new fat cells around their heart, liver and other digestive organs. They also showed signs of food-processing abnormalities linked to diabetes and heart disease. Another group of volunteers on the same diet, but with glucose sugar replacing fructose, did not have these problems.

This study takes its place in a growing lineup of scientific studies demonstrating that consuming high-fructose corn syrup is the fastest way to trash your health. It is now known without a doubt that sugar in your food, in all it’s myriad of forms, is taking a devastating toll.

And fructose in any form — including high-fructose corn syrup (HFCS) and crystalline fructose — is the worst of the worst!

Read More
Posted by First Grade at 8:06 PM No comments: