If you know anything about the food supply, you know that honey bees are a crucial part of the food production chain. In the United States, they pollinate roughly one-third of all the crops we eat, and without them, we'd be facing a disastrous collapse in viable food production.

That's why, when honey bees started to disappear a few years ago, scientists scrambled to find the root cause of the phenomenon, which has since been dubbed "Colony Collapse Disorder."

The name is a bit of a misnomer, though. It's not really a "disorder." It's more of a poisoning. Or at least that's what we may be learning from new research that's just been published in the ACS' Journal of Agricultural and Food Chemistry.

Read More
Posted by First Grade at 9:02 PM No comments: 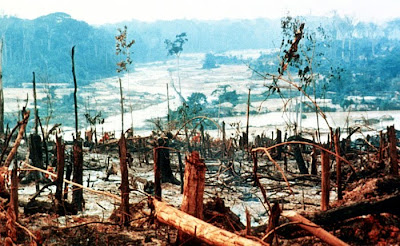 You may have seen the weird little TV ad where a sugar cube is being interrogated about why Americans are so obese. The sugar cube fingers high fructose corn syrup.

But the interrogator doesn't buy it. He scolds the sugar cube, telling him that calories are the same, whether they come from sugar or corn syrup. This message, of course, is brought to you by friends of the corn industry.

Read More
Posted by First Grade at 9:21 PM No comments:

Robert H. Lustig, MD, UCSF Professor of Pediatrics in the Division of Endocrinology, explores the damage caused by sugary foods. He argues that fructose (too much) and fiber (not enough) appear to be cornerstones of the obesity epidemic through their effects on insulin.
Posted by First Grade at 6:36 PM No comments:

Eighty-five percent of the corn crop is also genetically modified, and, in the form of high-fructose corn syrup, is found throughout the food system. 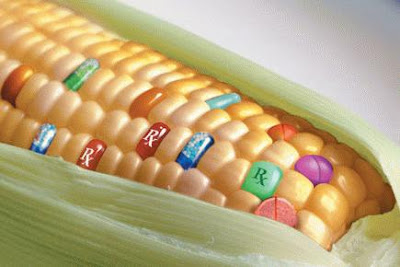 These days, there is no rarer commodity in farming than trust.

Take Oregon's Willamette Valley, which for generations has been the germ of the U.S. sugar beet industry, producing nearly all the country's seeds. Such breeding is complicated when neighbors grow genetically similar crops and stiff Pacific winds, baffled by the Coast Range mountains, shove pollen every which way.

But Willamette's growers have cooperated, establishing a system in which seed producers flag their plots on a collective map, giving fair warning of what is grown where. Voluntary distances between crops were established and, if abutting farms had a conflict in what they grew, well, they could usually figure it out.

"It's a very complex system based on social relationships," said Frank Morton, a Willamette organic seed farmer. "We can all operate in the same area without screwing up each other's work."

Read More
Posted by First Grade at 9:07 PM No comments:

Rethinking what you're drinking

The most insidious culprit - high fructose corn syrup - is found in many prepared and processed foods and beverages. Trotter explains that this substance is metabolized by the body in a completely different fashion than sugar - going immediately into fat production. According to Dr. Trotter, the average American consumes 26 pounds of high fructose corn syrup annually. Just 30 years ago, that number was zero.

Terry Nieves, the program director for the Mendocino County Schools Network for a Healthy California, holds up an empty 20-ounce soda bottle. In it are 17 cubes of sugar.

This corroborates research by the UCLA Center of Health Policy Research and the California Center for Public Health Advocacy, which states that there is a strong correlation between soda consumption and obesity.

"Based on this research, adults who drink one soda or more per day are 27 percent more likely to be overweight, regardless of income or ethnicity," explains Nieves.

To combat what some health officials see as an epidemic rivaling tobacco addiction, Nieves and her staff are offering a "Rethink Your Drink" campaign throughout the county.

"The average teenager drinks 750 cans of soda per year," says Nieves. Public Health Officer Dr. Marvin Trotter states that at the current levels, one in three children will become diabetic by the age of 40. Sweetened beverages, according to Nieves, are fueling the problem.

"Over the past 30 years, Americans are consuming 278 calories more per day. There are 240 calories in the average bottle of soda," says Nieves. She has been providing "Sugar Savvy" trainings for educators and health professionals, trying to spread the word about the long-term dangers of drinking sweetened beverages and eating foods high in sugar.

Read More
Posted by First Grade at 12:14 AM No comments:

Do not tax Coke, tax corn syrup instead 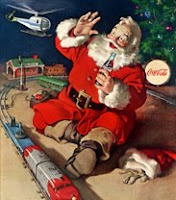 A few idealistic health researchers want to tax sugary soft drinks and they are getting a hearing in Washington.

Here in Atlanta, of course, we’re outraged. Tax Coca-Cola? You may have built your city on rock and roll, but we built this city on Coke and a smile.

Atlanta has no coast, no river port, no big store of natural resources. The reason this city exists is because The Coca-Cola Co. willed it into being.

Who you think gave you Santa Claus, sonny? Haddon Sundblom probably drew that twinkle in his eye with Rhett Butler in mind. Fiddle dee-dee indeed. You can have my Coca-Cola when you pry it from my cold, dead hands.

Read More
Posted by First Grade at 8:17 AM No comments: