Why is Junk Food Being Subsidized??? 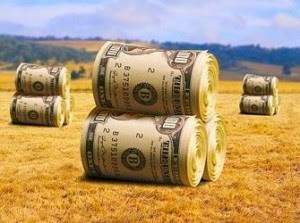 How many tax dollars have been spent subsidizing junk food ingredients? A new report released today by U.S. PIRG paints a clear picture of how agricultural subsidies have been distributed, with a large portion -- $16.9 billion since 1995 -- going toward corn and soy-based additives found in most processed foods, leaving hardly any subsidies for fresh fruits and vegetables.

Most of the corn and soybeans we see in America are not eaten as is. In fact, only about one percent of U.S.-produced corn is the sweet corn people directly consume. Most of the crops are used to fatten up livestock in factory farms, turned into biofuel, or processed into sweeteners and starches. The sweeteners and starches (corn syrup, high fructose corn syrup, corn starch, and soy oils), benefiting from that $16.9 billion in the last 16 years (or $1.06 billion a year) is what has helped keep unhealthy snacks like Twinkies so cheap. Subsidies for healthy food, you ask? They don't get the same favored treatment. U.S. PIRG's report illustrates:

Apples are the only fresh fruit or vegetable receiving significant federal subsidies. Since 1995 the entire complex of federal agricultural programs has spent only $262 million on apples, and even this modest support is an overstatement of the subsidies going to fresh apples -- some of the apple crop is itself processed into forms like apple juice or applesauce which in turn may be sweetened with high fructose corn syrup.