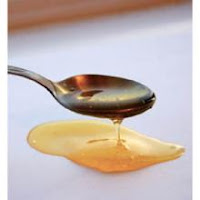 An attempt to designate high fructose corn syrup as simply “corn sugar” has been criticized for being misleading and robbing consumers of important information. According to the Associated Press, a top official at the Food and Drug Administration told the corn industry that changing the name would “invite ridicule.”

“It would be affirmatively misleading to change the name of the ingredient after all this time, especially in light of the controversy surrounding it,” Michael Taylor, the FDA’s deputy commissioner for foods, told colleagues in a March 2010 email. “If we allow it, we will rightly be mocked both on the substance of the outcome and the process through which it was achieved.”

The Corn Refiners Association has sought a rebrand of the controversial agreement for over a year. They filed an informal request with the FDA in March, and then submitted a formal petition again in September of last year.

The AP said the corn industry wants to change the name of high fructose corn syrup after some scientists began to link it to obesity and other health problems. Since then, food companies have started to push products without the ingredient.

FDA spokesman Doug Karas was careful to say that Taylor’s comments ought to be looked at in the context of the specific name change, and did not reflect what the FDA’s eventual decision will be.

“The conversation you have is in a different context and does not, or will not, affect the outcome of the petition itself,” Karas told the AP.