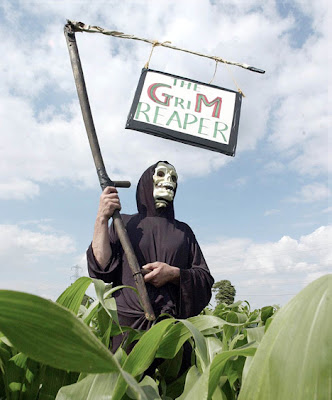 If you can't convince them, confuse them.
--Harry Truman

The current media debate about the benefits (or lack of harm) of high fructose corn syrup (HFCS) in our diet misses the obvious. The average American increased their consumption of HFCS (mostly from sugar sweetened drinks and processed food) from zero to over 60 pounds per person per year. During that time period, obesity rates have more than tripled and diabetes incidence has increased more than seven fold. Not perhaps the only cause, but a fact that cannot be ignored.

Doubt and confusion are the currency of deception, and they sow the seeds of complacency. These are used skillfully through massive print and television advertising campaigns by the Corn Refiners Association's attempt to dispel the "myth" that HFCS is harmful and assert through the opinion of "medical and nutrition experts" that it is no different than cane sugar. It is a "natural" product that is a healthy part of our diet when used in moderation.

Except for one problem. When used in moderation it is a major cause of heart disease, obesity, cancer, dementia, liver failure, tooth decay and more.