Sweetness and Blight: Why is the FDA unwilling to study evidence of mercury in high-fructose corn syrup? 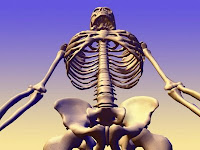 High-fructose corn syrup doesn't just deliver a jolt of sweetness to thousands of processed food items consumed by tens of millions of Americans each day. It also may add a touch of mercury, a powerful neurotoxin that may not be safe to consume at any level.

That's the message of two separate studies published last month. The first, led by a former FDA researcher named Renee Dufault and published in the peer-reviewed Environmental Health Journal, found mercury in nearly half of high-fructose corn syrup samples collected in 2005. Dufault had alerted her superiors about the finding in 2005 and got no response, she told me in a recent interview. She began the process of publishing her research after retiring from the FDA last year.

The other study, conducted by the Institute for Agriculture and Trade Policy [PDF], found traces of the toxic heavy metal in one-third of HFCS-containing products its researchers pulled off of supermarket shelves last year.

I wrote about the studies when the first media reports came out. Since then, I've been shocked at the official silence. While the researchers haven't proven conclusively (nor have they claimed to) that the vast array of products containing HFCS are imparting damaging levels of mercury to the people who consume them, their findings raise serious and troubling questions -- ones that aren't, from what I can tell, being looked into by any public-health agency.

The FDA's response to Dufault's study hasn't changed since she first presented it to her superiors in 2005: The agency refuses to investigate the HFCS-mercury link. FDA press officer Michael L. Herndon told me via email this week that "there will be no testing based on" the research. Meanwhile, mainstream news organizations have largely ignored the story.

The Environmental Health and IATP studies speculated that the mercury is seeping into HFCS through an industrial substance called caustic soda, used by HFCS producers to break down corn. Until a decade or so ago, most caustic soda was manufactured in chlorine plants that relied on mercury. This "mercury-grade" caustic soda is being phased out in favor of a new kind made without the toxic heavy metal. For this reason, the FDA press officer I corresponded with called it an "outdated process." But it remains in use -- and there are no regulations preventing it from being used to make food products like HFCS.

Today, just 10 percent of U.S. caustic soda comes from four remaining mercury-using plants, according to the IATP study. But in Europe, 60 percent of caustic soda production relies on mercury -- and there are no restrictions on importing it into the United States. "The HFCS companies use what's cheapest," Dufault told me in a phone interview. "They have no obligation to report whether they're using it [mercury-grade caustic soda] or not." Dufault emailed data compiled from the U.S. International Trade Commission suggesting a trend of rising imports of mercury-grade caustic soda, particularly from Great Britain.

The corn industry reacted swiftly to the research linking HFCS and mercury. On Jan. 26 -- the same day the Dufault and IATP studies were released -- the Corn Refiners Association issued a curt press release casting doubt on the "relevance and accuracy" of the test results. The CRA called the mercury-based caustic soda process "outdated," but never mentioned that it's still being used to make ingredients used in a wide range of consumer food products. A few days later, the CRA released a harsh assessment of the test results prepared by Dennis J. Paustenbach of ChemRisk, a self-described "leading scientific consulting firm."

"To imply that there is a safety concern to consumers based on the findings presented, both incorrect and irresponsible," concluded Paustenbach.

Yet in Paustenbach, critics say the corn industry has settled on a particularly dubious defender. The researcher has a storied history as a hired gun for industries seeking to avoid responsibility for the messes they create. The Environmental Working Group has described him like this: "Dr. Paustenbach has spent virtually his entire career as a paid expert for polluting corporations arguing for weaker health protections for workers and the public from some of the most notorious toxic substances ever known."

Paustenbach's most notorious foray into public debates around toxins involves chromium-6, a once-widely used industrial chemical now known to be carcinogenic. In an excellent 2005 exposé, The Wall Street Journal detailed Paustenbach's dodgy dealings on behalf of PG&E, the California utility accused of leaking toxic levels of chromium-6 into one town's groundwater (a case made famous by the 2000 Julia Roberts film Erin Brockovich).

Paustenbach's critique of the two studies ultimately hinges on the type and amount of mercury detected by Dufault in HFCS samples and by IATP in supermarket products. "Even if it were assumed that the mercury content found in the extremely limited sampling of foods and beverages was representative," he wrote, "the amounts are far lower than levels of concern set by government agencies." He adds: "The authors ignore important distinctions between organic and other forms of mercury and their implications for assessing human health risk."

The FDA official I corresponded with echoed Paustenbach's assertion. "It is very probable that the total mercury level represents mostly inorganic mercury, this represents no health hazard since it is so poorly absorbed when ingested," the official wrote.

Dufault agrees that organic mercury, also known as methylmercury, is the most bio-available and therefore dangerous kind. It's the mercury that's found in fish -- and extremely toxic. Her tests measured total mercury -- both organic and inorganic. But she disputed the Paustenbach and FDA assertions that inorganic mercury poses no threat, even when it's consumed daily.

"There have been no long-term studies of the long-term effects of inorganic mercury exposure -- none," she told me. "Does that mean it's not harmful? No." She said that even in small doses, inorganic mercury accumulates in the body -- and can be particularly harmful to very young and very old people. Dufault pointed to a 2001 technical report published by the American Academy of Pediatrics calling for the minimization of exposure to all forms of mercury. "Mercury in all of its forms is toxic to the fetus and children, and efforts should be made to reduce exposure to the extent possible to pregnant women and children as well as the general population," the paper concludes.

While researchers like Dufault and her colleagues at the IATP draw attention to the potential risks posed by low levels of mercury in HFCS, the FDA and the industry resort to a "don't test, don't find" mentality and obfuscations about an "outdated process."

As the IATP put it in a recent report, "Americans get 10 percent of their calories from HFCS, on average." Children ages 6 to 11 -- key years for neurological development -- are among the highest HFCS-consuming age groups, topped only by the 12-to-18 and 19-to-30 groups (the latter being people in their prime childbearing years).

The solution seems simple enough: If the mercury-based process for producing caustic soda is "outdated," why doesn't the United States ban it? And given the wide availability of non-mercury-grade caustic soda, the FDA should ban the mercury-grade stuff from the food supply -- even when it's imported from Europe.

Maddeningly, the agency now refuses even to test for mercury in high-fructose corn syrup -- much less act decisively to banish it.