High triglycerides? It may be the high fructose corn syrup 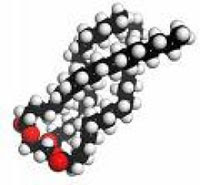 According to the dLife website, the average American consumes about 60 pounds of high fructose corn syrup (HFCS) each year. That number has steadily increased since this sinister sweetener debuted in 1970. Natural fructose is one thing, but HFCS is another; they are not the same.

Although its name sounds innocent, HFCS does not come from fruit; it is a highly purified blend of sugars (typically 55 percent fructose and 45 percent glucose) derived from corn.There is no nutritional benefit here. HFCS may also be labeled "no artificial ingredients" depending on how it is processed, a loop hole in the manufacturing law that manufacturers take advantage of.

Some have linked the rise in obesity to the increasing consumption of HFCS. The correlation is positive, but I don't believe that HFCS has furthered obesity alone. HFCS has also been linked to diabetes.

The danger of HFCS consumption goes beyond its possible role in obesity. HFCS causes a rapid increase of triglycerides which contribute to heart disease.

In contrast to ordinary sugar, HFCS can not be broken down by the muscles; it can not be used as fuel for exercise. Instead, it goes directly to the liver and causes an increase in the production of triglycerides.

Via examiner.com
Posted by First Grade at 10:21 PM