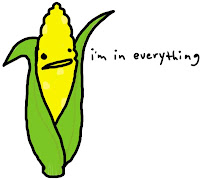 In a competitive marketplace drink makers are trying to keep customers happy and are now ditching high fructose corn syrup.

Snapple is doing it and so is Pepsi and Mountain Dew, too.

High fructose corn syrup is getting tossed by beverage makers, who instead are opting for plain sugar. It's a reversal of a trend that goes back to the 1980s and not a moment too soon for some customers.

"I just avoid it, I try to avoid it at all costs," said Jason Brown of Chelsea.

"It's just adding empty calories to everything you eat," another resident said.

High fructose corn syrup, which is found in everything from bread, cereal, and soda to processed and packaged foods, is being removed after years of taking a beating for links to obesity and disease.

"We find it almost everywhere. It's omnipresent in the food supply," Dr. Carla Wolper said.

Wolper, an obesity expert, said the real problem is that food manufacturers across the board have been tucking high fructose corn syrup into their products for decades because it is a cheaper sweetener than sugar, making it harder for Americans to consume it in moderation.

"It's also in breads and sauces and other products that would have had a small amount of sugar added," Wolper said.

Snapple, which has long touted itself as "made from the best stuff on earth," is going to plain sugar for sweetness. It'll cut about 40 calories from some drinks and give it what they call a "fuller bodied taste."

And Pepsi and Mountain Dew sodas are going 1970s style with sugar as well for a limited time starting in April. PepsiCo said it wants consumers to have a taste of the original formula.

Health experts agree: to keep tabs on the amount of sugar and high fructose corn syrup you consume, read the labels.

The price of these new products will remain the same.