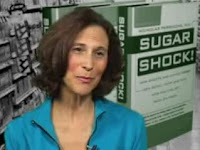 Corn Refiners Fight Back as Kraft, Pepsi Tout Revamped Products. The Corn Refiners Association does an all-cable TV buy, focusing on female- and family-oriented networks, like Lifetime, Bravo, TLC and the Food Network.

First it was fat, then it was trans fat, and now it's corn syrup.

Consumers are asking manufacturers to remove ingredients they believe are harmful, and high-fructose corn syrup is near the top of many a mother's hit list. Some major manufacturers have responded by removing the offending syrup, and the Corn Refiners Association has staged a full-fledged media assault aimed at what it perceives to be "misinformation" in the media.