Let’s hope this bill is passed, but in the meantime mercury contamination is just another good reason to avoid HFCS. 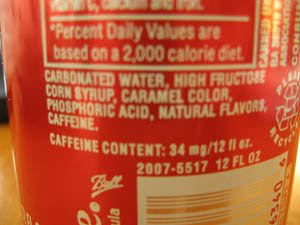 High fructose corn syrup (HFCS) has recently been shown to contain mercury, a heavy metal that is extremely toxic, especially to the brain. In January, a report was released by the Institute for Agriculture and Trade Policy as well, a simultaneous peer reviewed research article was published in Environmental Health. The findings showed that of 55 foods listing HFCS as the first or second ingredient 1/3 of them were contaminated with mercury in levels that could easily be toxic to humans.

Read the Entire Article at examiner.com
Posted by First Grade at 9:14 PM