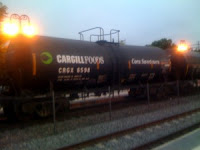 Well, I know sugar. Sugar is a good friend (often foe) of mine. And high fructose corn syrup (HCFS), you are no sugar.

Watching the the sugar industry and the Corn Refiners Association (CRA) duke it out in court over whether HCFS should be rebranded as “corn sugar,” or not, makes for great theater. The war of words and litigation are analogous to small market baseball team fans making the choice between rooting for the Yankees or Red Sox: neither is appealing.

Now we have a fight in the courts over what can be called sugar or not. Watch for the sweetener wars to become even more exciting as various industry groups defend their respective turfs.
The two trade associations and their allies are entangled in litigation that began when the CRA decided that it would rebrand HCFS as “corn sugar” to circumvent HCFS’ bad reputation. The tussle began earlier this year when the CRA lobbied the Food and Drug Association (FDA) to permit the name change. Because of consumer concern, the CRA would prefer the label “corn sugar.” The corn lobby has a poor record of transparency on the manufacture of HFCS and people are concerned about what’s in it. Since “corn sugar” sounds like a different product than HFCS, the Western Sugar Cooperative was one plaintiff that took the CRA to court over allegations of false advertising and deception.