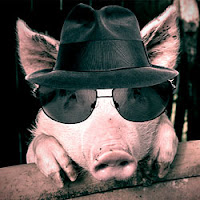 Misleading advertising and unproven scientific claims made about High Fructose Corn Syrup (HFCS) are being called "Food Identity Theft" by Citizens for Health, one of the nation's oldest and most respected consumer action groups.

The non-profit organization is mobilizing its roster of over 100,000 Americans to denounce the $50 million ad campaign sponsored by the Corn Refiners Association (CRA) which implies that HFCS is the same as sugar, and oppose the CRA's petition filed with the Food & Drug Administration (FDA) to label HFCS as "corn sugar" on ingredients panels that would conceal this man-made sweetener from consumers.

"Millions of Americans are choosing to avoid products that contain HFCS. But many don't know that the corporations that make it want to change the name High Fructose Corn Syrup to 'corn sugar,'" said James Gormley, Vice President and Senior Policy Advisor of Citizens for Health. "If the FDA were to allow this, we'd never know if it's in the foods we're feeding our families."