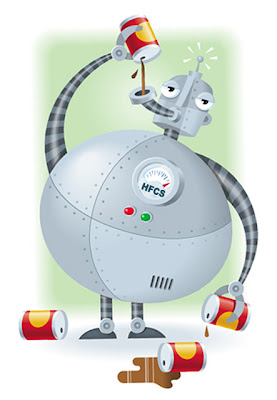 The use of HFCS has risen dramatically over the last 35 years. It is now used in all kinds of products, from most soft drinks and many name brand candies to products one would not associate with syrup: salad dressing, Yoplait yogurt and even healthier cereals like Special K.

When I was an undergraduate, one of my classmates said that university life can be quite insulating. It insulates us from many problems including the huge number of people who are now obese, referring to individuals with a Body Mass Index (BMI) – the ratio of weight to height – of 30 or higher.

50 years ago, obesity in the U.S. was an issue; that has changed. According to the Centers for Disease Control and Prevention, in 1992 there were only six states with 15 percent or more of the population was obese, and none with a rate over 20 percent. By 2008, only one state – Colorado – had fewer than a 20 percent obesity rate. According to the National Health Examination Survey, 13.4 percent of people 20-74 years of age in 1962 were classified as obese compared with 35.1 percent by 2006. While there is evidence that obesity rates appear to be leveling off, the numbers are still staggering.

There are several negative consequences of widespread obesity. According to an article in Health Affairs, each obese American incurs health care costs about 42 percent greater than someone with normal weight. It also shortens life expectancy and decreases productivity, due to increased illnesses such as diabetes and heart disease. There is also the money spent on weight loss. With 25 percent of American men and 43 percent of American women attempting to lose weight each year, the weight loss industry is making billions, worth $55.4 billion in 2006. The resources and money used for this industry could clearly be used elsewhere.