Top 10 Fattest Countries in the world 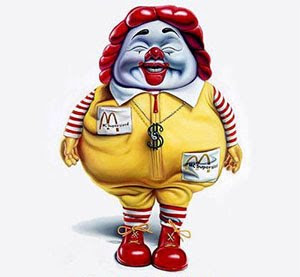 "In the early 1960s, 24 percent of Americans were overweight. Today, two-thirds of Americans are too fat, and the numbers on the scale keep going up. Health experts attribute the rise to an over-production of oil, fat and sugar -- the result of government farm subsidies started in the 1970s that made it much cheaper to manufacture products like high fructose corn syrup, a common ingredient in processed foods."

If you tend to pack on a few pounds over the holidays, blame it on globalization. As the world has grown smaller, we've all grown larger -- alarmingly so. In countries around the world, waistlines are expanding so rapidly that health experts recently coined a term for the epidemic: globesity.

The common fat-o-meter among nations is body mass index (BMI), a calculation based on a person's height and weight. The World Health Organization defines "overweight" as an individual with a BMI of 25 or more and "obese" as someone with a BMI of 30 or higher. Yes, it's a big world after all: