"You might get a reasonable amount of fiber per serving from Pop-Tarts with added fiber, but it comes along with high-fructose corn syrup and hydrogenated oil." 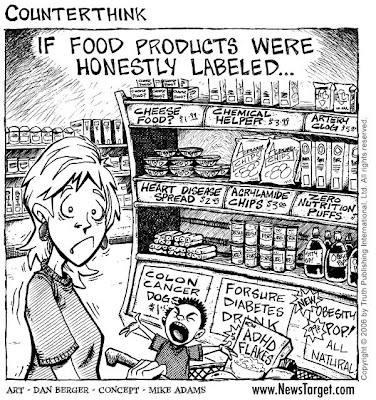 Every time I go to the grocery store I seem to leave ranting about another dubious or downright bogus health claim on packaged food. Take, for example, the now-pulled assertion that Frosted Krispies "Now Helps Support Your Child's Immunity," which Michael Y. Park reported on here in the Epi-Log a few weeks ago. Questionable claims were dealt a blow when the "Smart Choices" food labeling system, which had given a thumbs up to sugary cereals such as Froot Loops, suspended operations a few weeks ago (read the full story, Food Label Program to Suspend Operations from The New York Times).