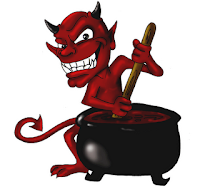 The link has not been proven, but the theory is compelling. It suggests that America is doomed to lead the world’s obesity rankings as long as the process by which it elects its presidents starts in Iowa — a state known for its cornfields and corn subsidies.

With a minimum price of $1.90 per bushel of corn guaranteed by the 2007 Farm Bill, activists say that the crop is a guaranteed winner for the farmers of the Midwest — and one of the results is something called super-abundant high-fructose corn syrup (HFCS).

Known to its detractors as “liquid Satan”, HFCS is the sweetener of choice in the vast bulk of fizzy drinks and packaged cakes and biscuits consumed in the US. Its producers have long enjoyed the solid support of the US Senate and most presidential candidates, who gravitate every four years to Iowa to pledge their allegiance to its voters. “Farm subsidies are a third rail of Iowa politics,” a former staffer on Senator John Edwards’s presidential campaign said yesterday. “You don’t touch them.”