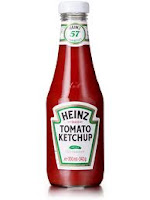 Management at the H.J. Heinz Co., the nation's leading ketchup manufacturer, has taken a pro-choice approach to the anything but sweet battle being waged over the use of cane or beet sugar in food products vs. high fructose corn syrup.

Heinz earlier this year introduced a version of its ketchup made with sugar, a product named Simply Heinz. Yet the Pittsburgh food company kept the controversial sweetener in its flagship ketchup, which has legions of fans and outsells the nation's other brands.

The strategy would seem designed to make everyone happy but, rather like being a middle-of-the-road candidate in a polarized election year, it hasn't appeased the populace.