Fructose worse than glucose when it comes to sweetened drinks: study 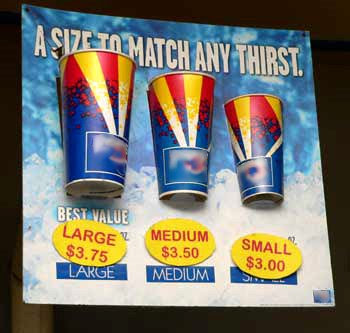 All sugars are not created equal when it comes to how our bodies metabolize the sweeteners, a new study suggests.

People who drank beverages sweetened with fructose, but not glucose, showed an increase in intra-abdominal fat and blood lipid levels and decreased sensitivity to the hormone insulin, researchers reported in this week's issue of the Journal of Clinical Investigation.

The findings suggest that fructose-sweetened beverages can interfere with how the body handles fat, leading to medical conditions that increase susceptibility to heart attacks and strokes.

The results could be important given that in 2005, the average American consumed 64 kilograms of added sugar, a sizeable proportion of which came through drinking soft drinks, said study author Peter Havel of the University of California at Davis and his colleagues.

Consumption of sugars and sweeteners in the U.S. went up by 19 per cent between 1970 and 2005, according to a commentary accompanying the study.

Increased use of high-fructose corn syrup as a sweetener in pop in the last few decades has been proposed as one dietary change fueling obesity in developed countries, Matthias Tschöp and Susanna Hofmann of the University of Cincinnati-College of Medicine noted in their commentary.

The most common form of the syrup contains five per cent more fructose than glucose and is perceived as sweeter, according to food and drink manufacturers.

Both groups put on the same amount of weight, but only the fructose group showed the other differences.

People drinking fructose became less sensitive to insulin, which helps control glucose levels in the blood, and showed signs of dyslipidemia such as high cholesterol.

The long-term effects of fructose remain unknown, but it's clear that chronic overconsumption of dietary sugars in general is harmful to health, the commentators said.

"For our part, we will continue to aim for moderation of balanced caloric ingestion without excluding the occasional sweet soda," they concluded.